Reporting on Pacing Failures at the SCMM 2016

I ran the Standard Chartered Mumbai (half) Marathon yesterday carrying fairly heavy audio-video recording equipment strapped around me, and a movie camera in my hand rather than a pacer flag. One of the official pacers, as I passed him, shouted to the racers running with him “There goes Puru, the guru of pacing”. I have the “guru” term in my nickname as somewhat of a light jest because it rhymes. A guru is ‘the one who brings you from darkness to light’ and whether you think I do that or not, I’m going to bring to light the performance of pacers in the Standard Chartered Mumbai Marathon 2016 now. I am doing this in continuation of what I reported on a year ago – Learning from Pacing Failures at the SCMM 2015.

It is true that most people do not use a pacer, but whether you use one or not, you might like to see that the quality of pacers is not sub-standard, as that sets the tone for other things at the event too then!

Why this report update?

Most mass participation sporting events are about combining physical fitness with entertainment. In India with all its frustrations of corruption in so many walks of life, we often look at recreational running as a way to get away from things that we often seem to have little control over, towards something that we can have some control over that also leads to a better physical existence. So, when we race towards a time target with a pacer, we expect that promises will not be broken, just like that of politicians. We expect that we won’t get failure, just like that of electricity supply. We hope that we won’t fall short of our target like we might fall short of water in our homes. 8 pacers out of 13 failing to achieve their promised target for the full marathon is shocking – almost as bad as 2015!

It’s great that so many entities are able to use the financial profits from such events as an incentive to create and conduct these events. As customers of such service providers, we would like to get value for money in terms of the experience – often we don’t. In the same vein, it’s always good to report on the standards of pacers. I like to do this for my “home race”, the SCMM.

Questions to be answered

I have many friends among both the lists above and I hope that those who didn’t finish successfully will not take this report personally. I am sure they already feel quite rotten about what transpired. Perhaps they will step back and think about their performance objectively. In the cases where the same pacer has failed two years in a row, perhaps we should ask the race organizers “why was that person selected in the first place?”  Also, given that many accomplished fast runners with impeccable race pacing histories were not selected as pacers, what happened to the selection process this year? Why were fast race targets given to pacers whose personal bests were on flat routes and cold weathers and within seconds of their pacing target in hot, humid, non-flat Mumbai? Did they not understand what I said in my well-read guide to pacing?

I have told you why you need not run to be fit. But if you are going to run and have been promised a pacer, you deserve a successful pacer. I’m just saying… 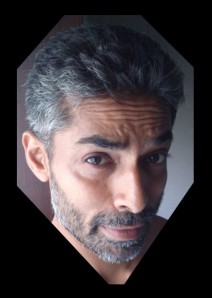